Exposition of the Peruvian Network Life Cycle in CILCA 2017 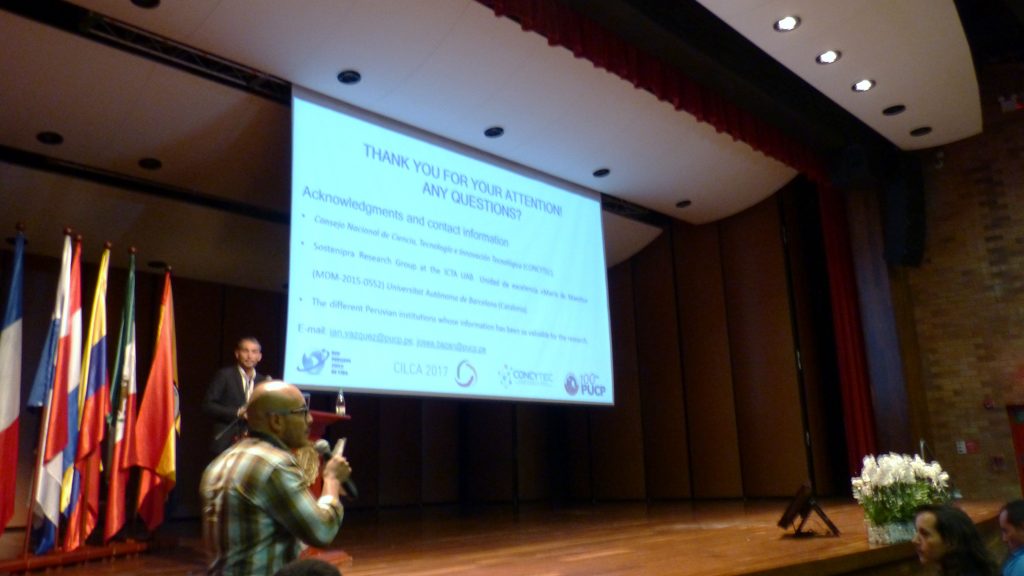 Between June 12 and 15, 2017, the “VII International Conference on Life Cycle Assessment in Latin America – CILCA 2017” was held in the City of Medellín, Colombia. On this occasion, the Associate Professors of the Pontifical Catholic University of Peru, representing the RPCV, attended:

Those who presented: “Lyfe Cycle Assessment of Paddy in Lambayeque – Peru” and “Assessing food bioeconomy using the Green Protein Footprint approach: A case study of the seafood sector”, respectively. In both cases the application of the Life Cycle Assessment tool in the food sector was announced, calculating the environmental impacts and identifying the most interesting stages to find alternatives for improvements that contribute to a better environmental performance.

CILCA is a biennial event held in different Latin American countries and brings together experts and stakeholders from around the world. The first CILCA conference was held in San José, Costa Rica in 2005 and has since followed a successful trip that includes Sao Paulo (Brazil) in 2007, Pucón (Chile) in 2009, Coatzacoalcos (Mexico) in 2011 , Mendoza (Argentina) in 2013, Lima (Peru) in 2015. The latter was organized by the Peruvian Life Cycle Network and was held at the facilities of the Pontifical Catholic University of Peru.