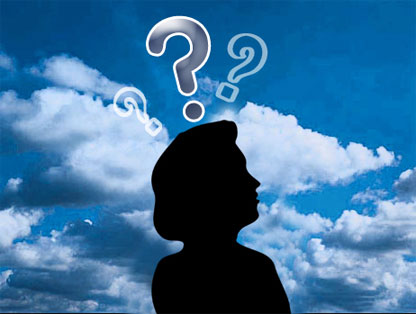 After reading several publications on sustainable development, we find two terms, SOSTENIBLE and SUSTENTABLE, which gives the impression that they are synonyms but also leaves in doubt why some authors make use of one in particular as if both had similar but similar meanings Different “. An article published in the journal “Senses and Meanings” by Arrigo Coen Anitúa discusses the difference between the two adjectives. Here we share part of this article that lends itself to an interesting discussion.

Let us focus the problem on the lights of morphology: both voices have the same root, ten-, whose origin goes back to the inde- pendent, with the meanings of ‘extend’, ‘stretch’; The two have equivalent prefixes, sus- and sos-, and also share the suffix -ble.

By dispensing with the latter adjectival compositional element in both terms, the verbal bases sustain- (er) and sustent- (ar) remain, forcing the transfer of research to the lexicological field, which means’ to compare one and the other Voces in the dictionary ‘.

We come to the Royal Spanish Academy, the drae, by its acronym, and this, in the various meanings that it offers, makes such a mixture that practically, far from differentiating them, almost identifies them.

Let us take the first, to hold: “from Latin sustenere, transitive, sustinere, hold something firm, also be used as pronominal. //2. Sustain or defend a proposition. //3. To suffer, to tolerate. //4. Give support, give encouragement or help. //5. Give someone what they need for their support. // 6. Keep, proceed. // 7. Pronominal, said of a body, maintained in a medium or a place without falling or doing so very slowly. ” Note the introduction of the verb to maintain.

Let us now go to the entrance to support, and here the drae puts: “from the Latin sustentare, intensive of sustinere, transitive, to provide somebody with the necessary nourishment, also use as pronominal. //2. Preserve something in your being or state. //3. Hold something so it does not fall or twist. //4. Defend or hold a particular opinion. //5. Support or base. ”

It is not enough to see what the drae of the intruder maintains that we were caught in the unsatisfactory definitions (?) Of sustaining. In them the drae prays: “from the Latin manu tenere, transitive, to provide someone with the necessary nourishment, also use as a pronominal. // 2. To afford someone’s economic needs. // 3. To keep something in its being, to give it vigor and permanence. // 4. To hold something so that it does not fall or twist. // 5. to continue on what is being executed. // 6. to defend or to support an opinion or system. // 7. to hold a trunk, a joust , Etc. // 8. to protect someone in the possession or enjoyment of something // 9. pronominal, said of a body, to be in a medium or in a place without falling or doing so very slowly // 10. persevere, Not to vary of state or resolution. //11. Encouraged.

After the lessons transcribed anyone would say that the three verbs, sustain, maintain and sustain are almost perfect equivalents.

Where, then, to find the difference that is supposed to exist between sostenible and sustentable?

Thus we will have to be sostenible refers to the endoestructural aspect of the system in question, which must remain firmly established, settled, fixed, unalterable, immovable.

And sustentable is the supra- or superstructural of that same system, which requires that it be fed, providing the means of survival and persistence, so that it can extend its action, not only in its scope (space) but also in the time.