During the twentieth century, the experience of the two great World Wars and multiple regional conflicts—as well as the steady advance of the scientific and technological globalization—gradually undermined the confidence of Western humanity in the notions of rational progress (theoretical and practical) set in motion since Modern Times by the scientific revolution and its philosophical foundations. This context motivated renewed critiques of the modern concept of a theoretical, logocentric, and objective rational subject, associated with the notions of exclusion and domination—a paradigm still prevailing in natural sciences, and imitated by various modern political programs.

In recent decades, this anthropocentric paradigm has confronted successive crises on countless fronts, such as on the current global climate change and health crises. The upshot has been the current immanent (albeit slow) transformation of the dominant scientific paradigms, also visible in numerous global manifestations of geopolitical and ideological crises.

Scientific and philosophical reflections have also gradually resignified “the human place in the cosmos” (Scheler), and retrieved a “renewed” concept of man and culture that Husserl had already launched in his articles for the Kaizō (Renewal) journal, written between 1922-1924. Human beings, in the work of phenomenological and hermeneutic philosophers, have been recognized for more than a century not only as part of nature (as “beings-in-the-world”), but also as engaged in an ethically responsible relationship with nature, other human beings, and their traditions—endowing them with meaning through language and their cultural and scientific productions—(as “subjects-for-the-world”).

The XVIII Peruvian Journeys of Phenomenology and Hermeneutics, therefore, will offer the space to rethink the role of humanity and the meaning of a discipline such as anthropology, as regards to culture, at a global level in the 21st century. 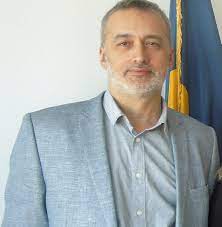 Ion Copoeru is professor of Modern philosophy, phenomenology and applied ethics at Babeş-Bolyai University from Cluj-Napoca. His research interests are located mainly in phenomenology (intersubjectivity, everydayness, law, and addictions) and ethics in professions, with focus on the professions of law and healthcare. He studies Philosophy in Cluj-Napoca, Tübingen and Paris XII. He had research stages and fellowships in Leuven, Bucharest, Wuppertal, Louvan-la-Neuve and Memphis (USA). He is author of several books and author or co-author of a series of articles and book chapters on the above mentioned topics. His most recent work deals with topics like those of skills, knowledge-how, violence, and interactionist methods in studying addictions. He is also vice-president of the Romanian Society for Phenomenology (SRF) and member of the executive committee of Central and East European Society for Phenomenology  (CEESP). Ion Copoeru is editor-in-chief of Studia UBB Philosophia and member of the editorial committee of Studia Phaenomenologica. 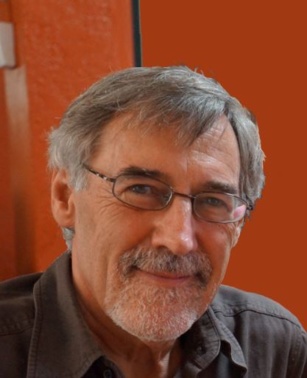 PhD in Philosophy by the Universidad Complutense (Madrid) with a thesis prepared at the Husserl Archives in Louvain and Freiburg. Since 1987 he has held the Chair of Philosophical Anthropology at Madrid’s Universidad Nacional de Educación a Distancia (UNED); he is currently Emeritus Professor of that University. Honorary President of the Spanish Phenomenological Society (SEFE), Associate Member of the Latin American Circle of Phenomenology (CLAFEN), and Director of the Journal Investigaciones fenomenológicas. He is the editor and author of several books and is author of numerous papers on Husserl’s and Ortega’s phenomenology, as well as on Philosophical Anthropology and Philosophy of Culture. 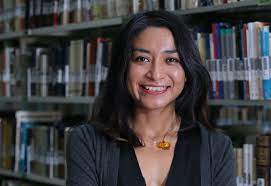 BA in ethnology by the Escuela Nacional de Antropología e Historia (Mexico) and PhD in Philosophy from the Faculty of Philosophy and Letters of the UNAM. She is a full-time professor at the Universidad Autónoma del Estado de México and a member of the National System of Researchers – Level I. Her lines of research are phenomenology, theories of subjectivity, transcendental phenomenology, philosophical anthropology and philosophy and anthropology of culture.

“Phenomenology of Hygiene: Dignity and Self-control”

The main thesis developed in the next pages is that hygiene is a proto axiological structure where the willing ego is born. The genesis of the self lies within hygiene as a primal embodied will of self-control. I try to expose that the instauration of self-control as a concrete value of the ego –in agreement with a free ego– lies within the core of what we recognize as ‘hygienic guideline’, or first socialized mode of the impulse. I develop these arguments in three moments corresponding to constitutive analyzes in Ideas II by Husserl: first, I describe the living and lived materiality of the body within the limits of the impulsivity on which self-control is grounded as a value, the theme exposed in the second section. Finally, I explore the relationship between hygiene and dignity, namely, the way in which the possibilities of self-control accomplishment determine the constitution of the self-value of the human person.

Edmund Husserl’s phenomenology influenced two major schools of sociology, namely those of Alfred Schutz and Harold Garfinkel. They both extended and deepened Husserl’s conception of social action by integrating empirical methodologies in their view of social action. In the first part of my presentation, I’ll show that these studies stem out of the Husserlian conception of intersubjectivity and sociality and how recent developments of these methodologies succeed in drafting a phenomenology of (human) interaction. As an example, in the 1940s Garfinkel underlined the importance of the organization of practical actions through which intersubjectivity is achieved. Later on, this organization was described by Scheglof as “sequentially”, which provides the basis for understanding meaning as arising moment by moment. Recent investigations inspired by the conversational analysis are showing that the meaning production is strongly associated with the “organization of action”. Relying on Goodwin’s ethnographic studies of conversation, Gallagher proposes a fuller description of the interactive situation as a shared agentive situation. With this we are witnessing a shift from an approach of intersubjectivity which relies on the genesis of “sense-formations” to one which consists primarily in describing the “co-operative, transformative organization of human action and knowledge” (Goodwin). In the second part of the paper, I shall briefly discuss the ways in which the (embodied-interactive) meaning is constituted in that type of interactive situation. With that, I hope to delineate some aspects of the structures of co-engagement of subjects in interactive situations.

“Philosophy of Culture from Ideas I”

My participation is based on a paradox that I have been witnessing for a long time and which refers to the introduction written by Jacques Derrida to The Origin of Geometry, according to which, although he speaks of authentic and inauthentic cultures, he makes no reference to a phenomenology of culture. In France this was not feasible, for culture was the domain of cultural anthropologists. Culture is a rather rare term in Husserlian phenomenology before the 1920s, and it hardly appears in Husserl’s publications during his lifetime. However, it is a fundamental aspect of transcendental phenomenology. Some even go so far as to oppose transcendental phenomenology, the main representative of which is Husserl, to philosophies of culture, of which Cassirer was the main exponent. From this position, a synthesis was requested between Husserl and Cassirer, as if there were no philosophy of culture in phenomenology. By then, I had written my Theory of Culture for more than a decade, which of course the proponent had ignored.

The reality is that Husserlian phenomenology involved an entire phenomenology of culture, but until the publication of the Kaizo articles (Hua XXVIII, 1988) we did not have at hand all of its elements. These elements summarize all the chapters that define a phenomenological philosophy of culture, which are the following.

The first two are perhaps the most ignored, but possibly the most relevant. The fundamental part of my talk will be devoted to them. First, the description of the world of the natural attitude in §  27 of Ideas I, which is a description of the cultural world, namely, the real world in which we live, and that in Ideas II is the world where people live in a personalistic attitude. Second, the description of the higher doxic levels in relation to the protodoxa, as explained in the important §§ 116 and 117 of Ideas I, which will occupy most of my talk because it is fundamental to understand them thoroughly. Thus, these chapters define the correlates of the founded acts that constitute that cultural world described in the previous chapter. Taking these paragraphs as the foundation for a phenomenology of culture is my main objective. 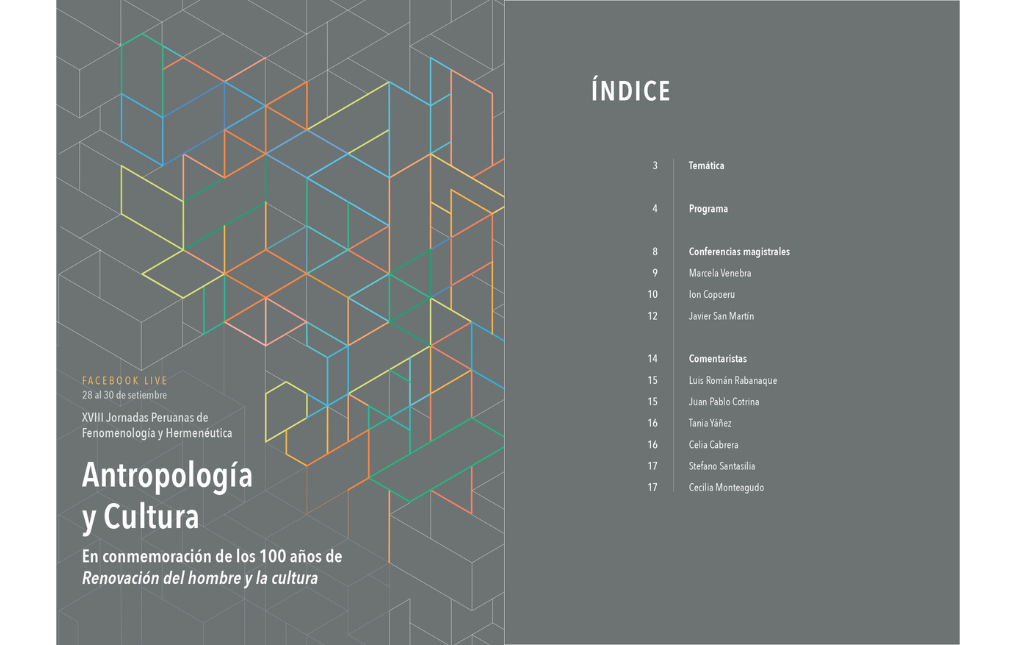 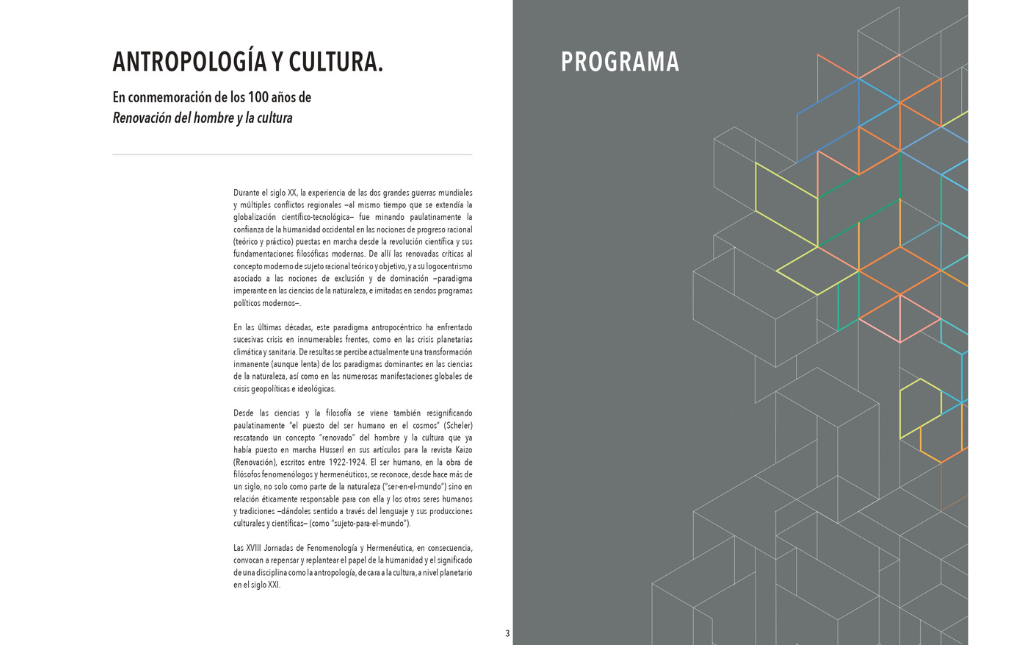 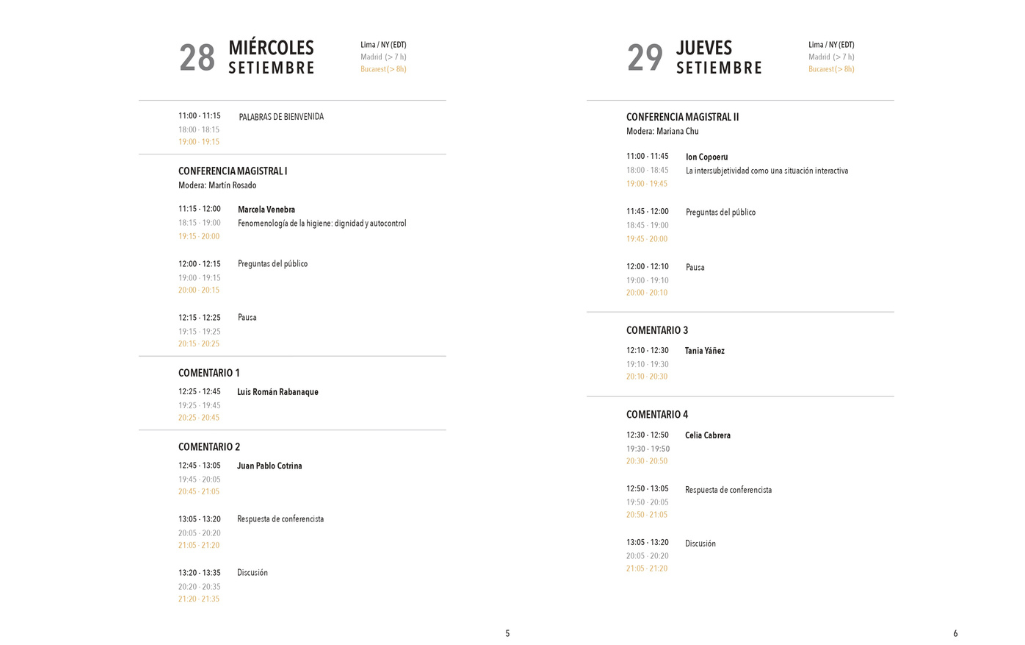 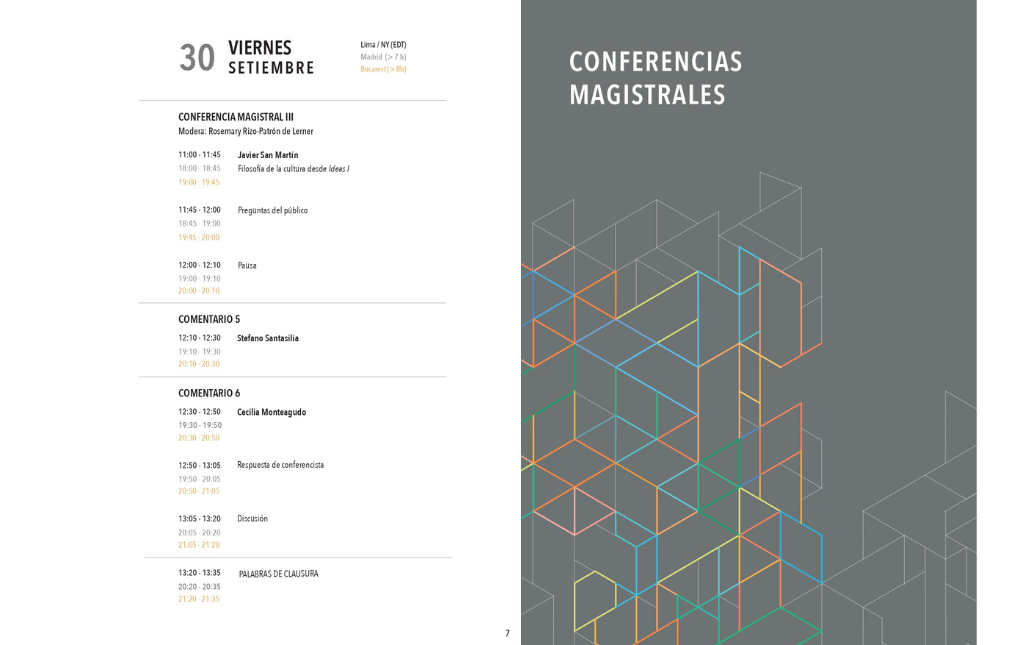 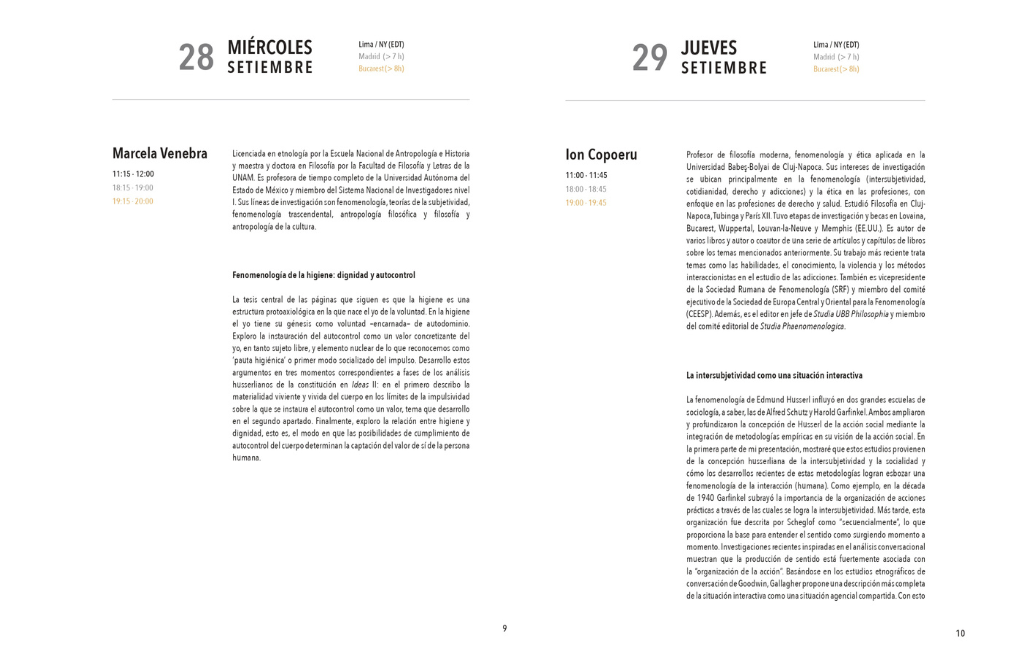 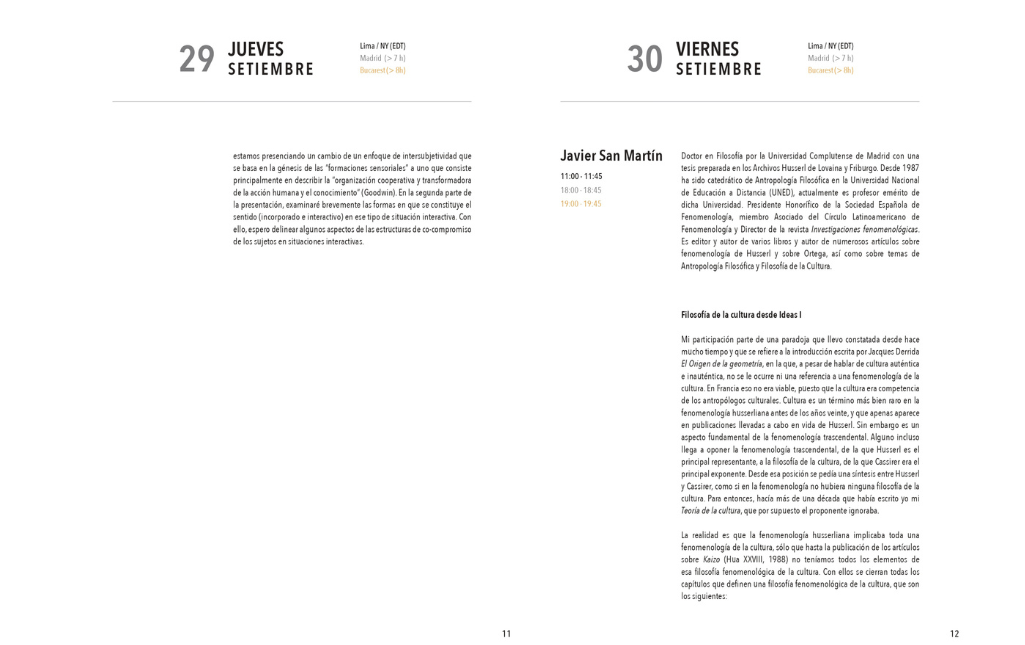 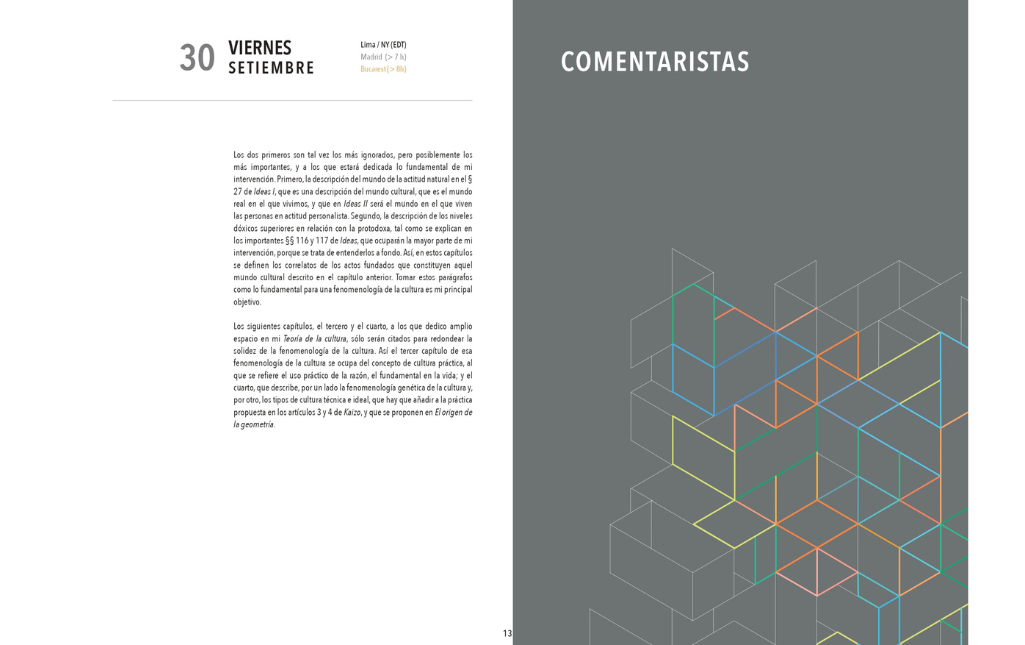 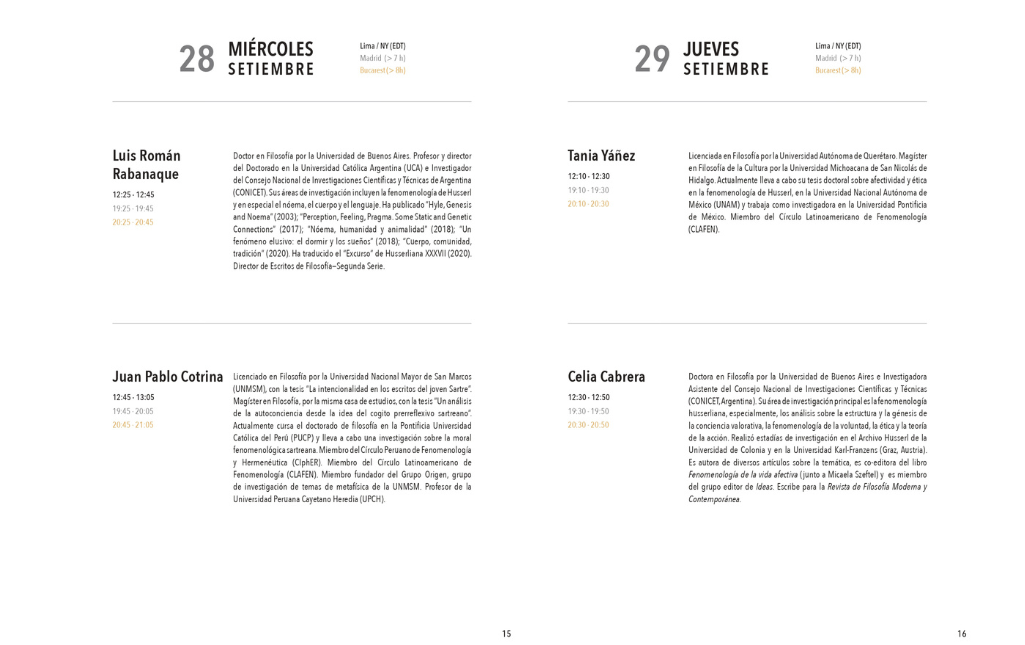 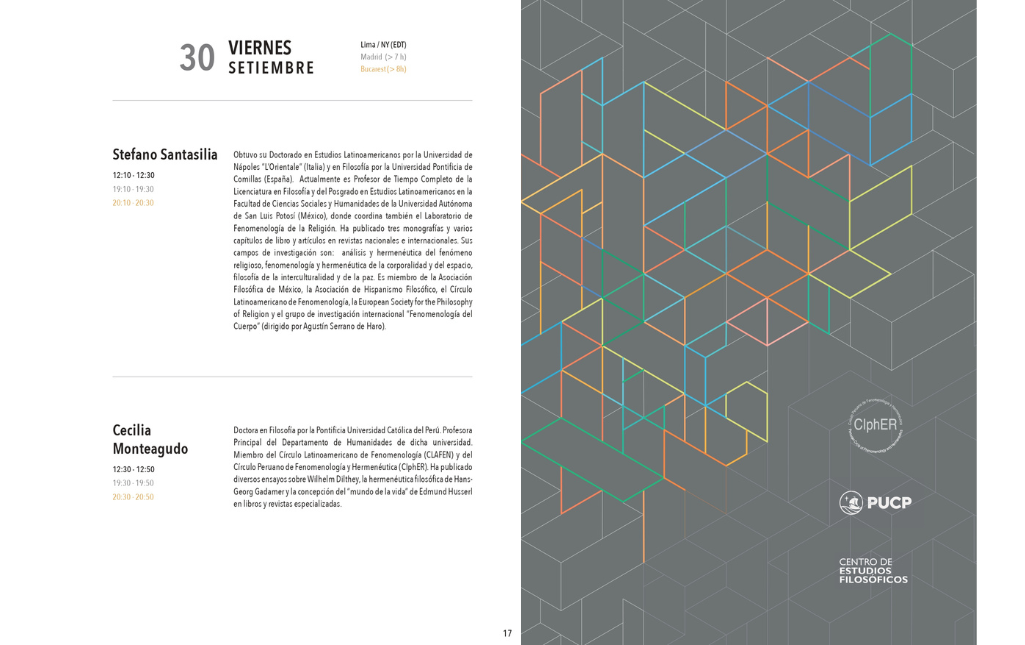 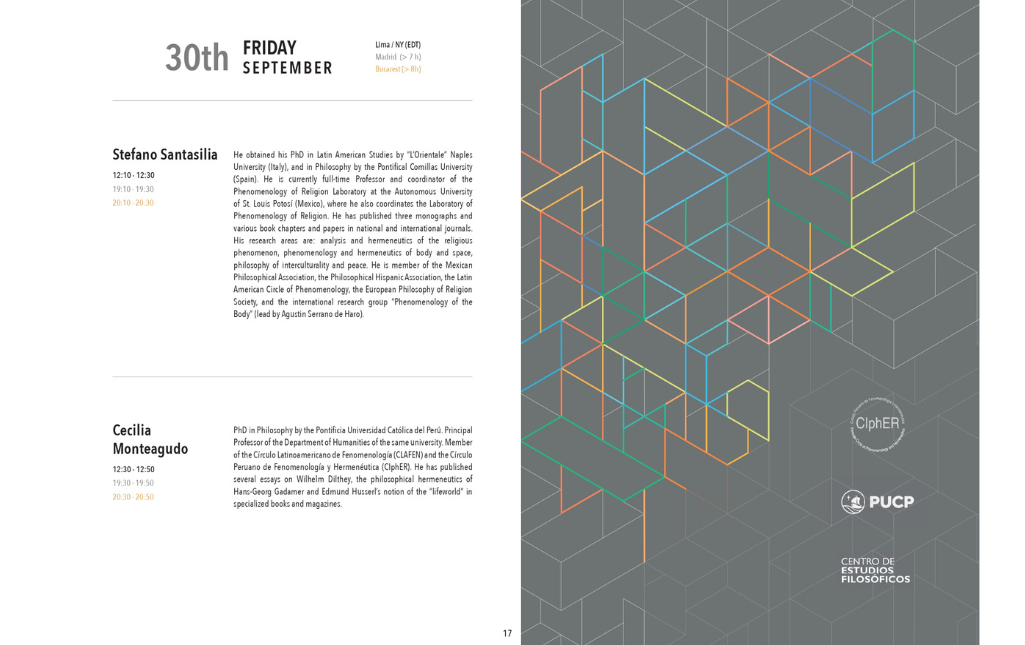 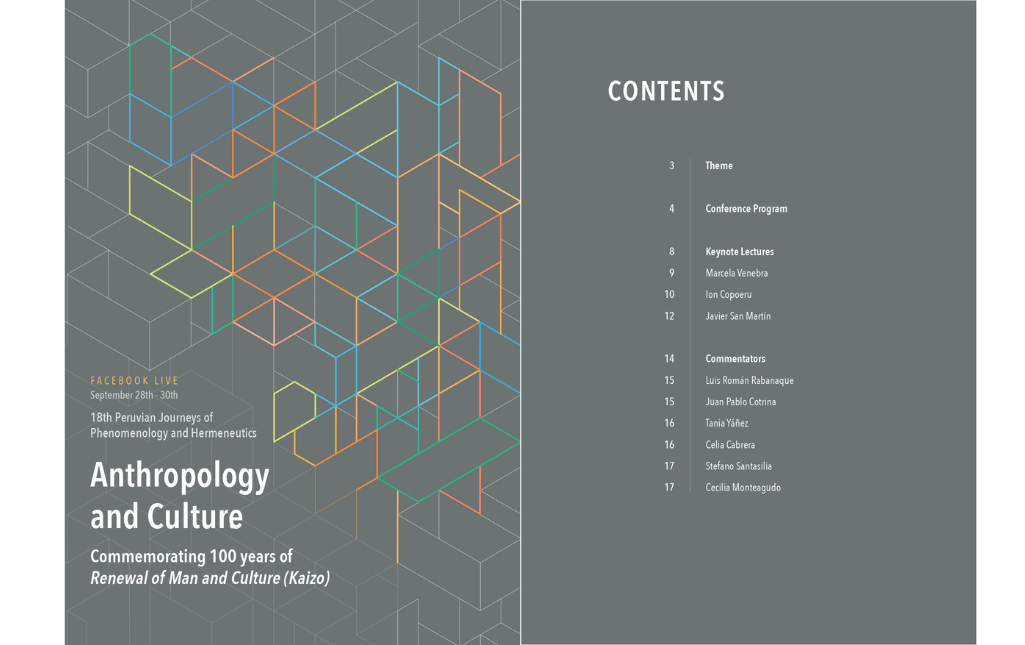 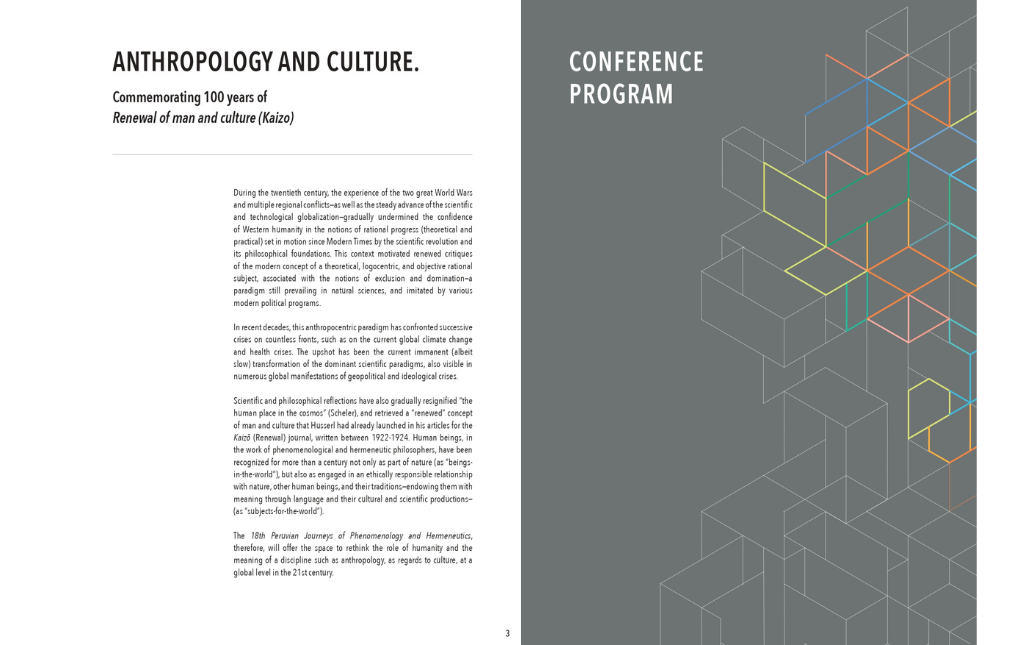 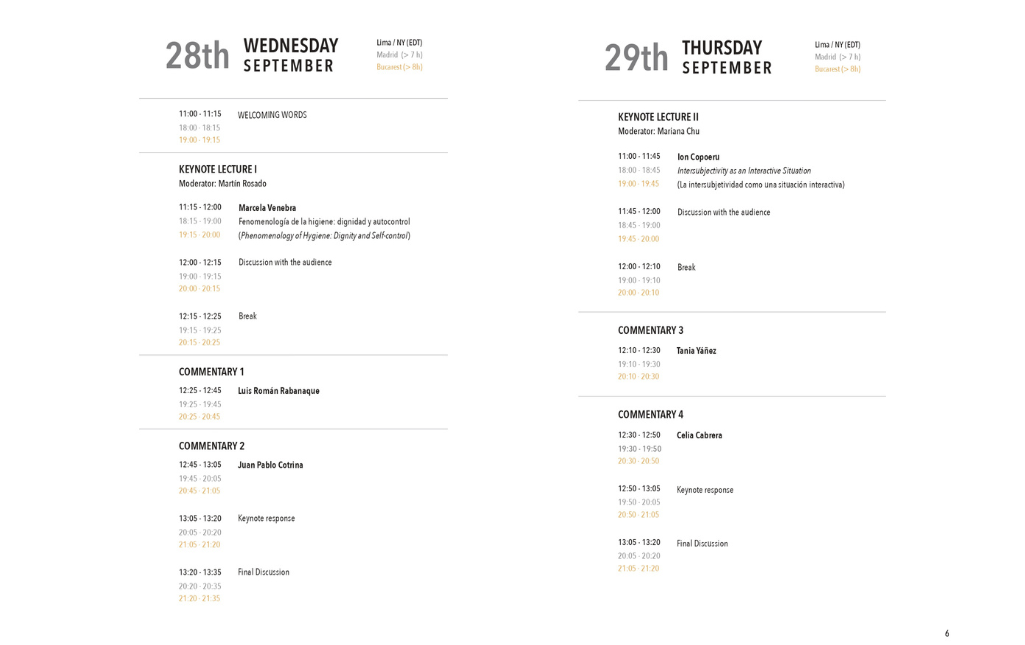 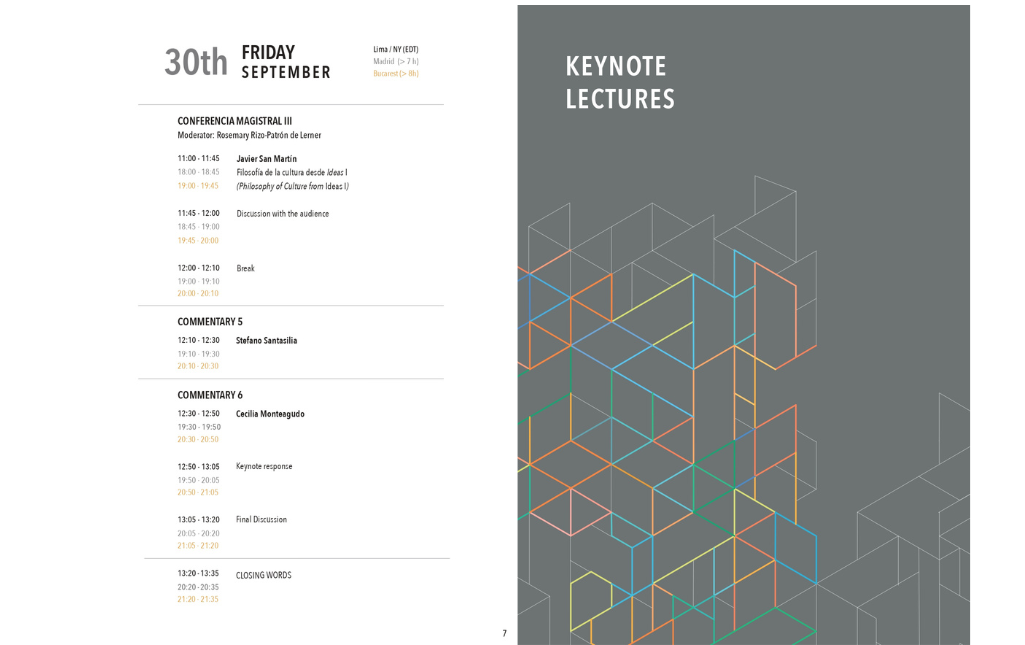 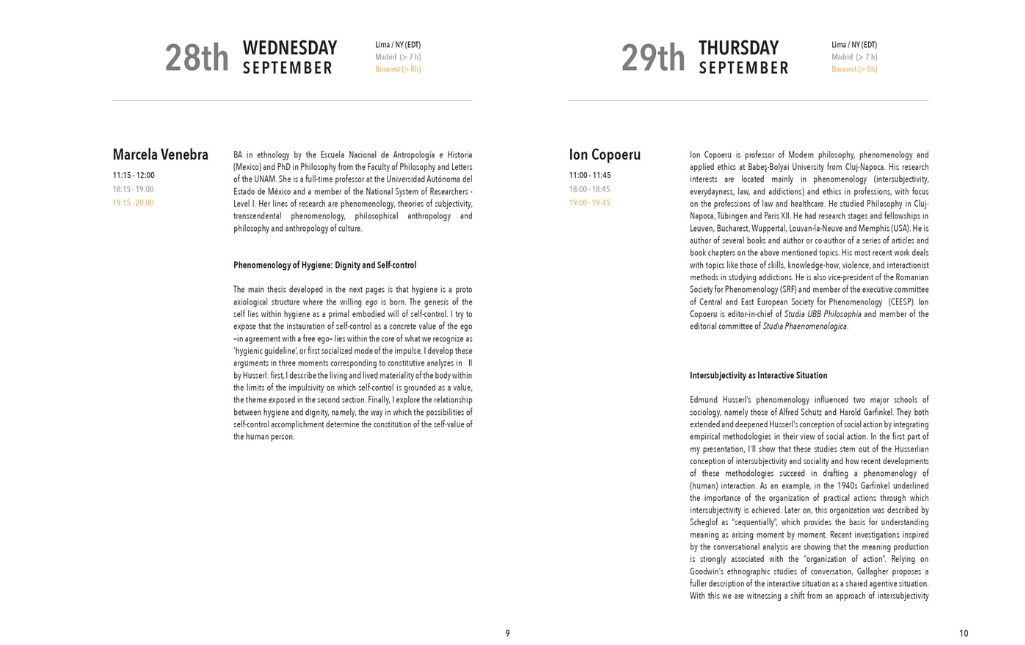 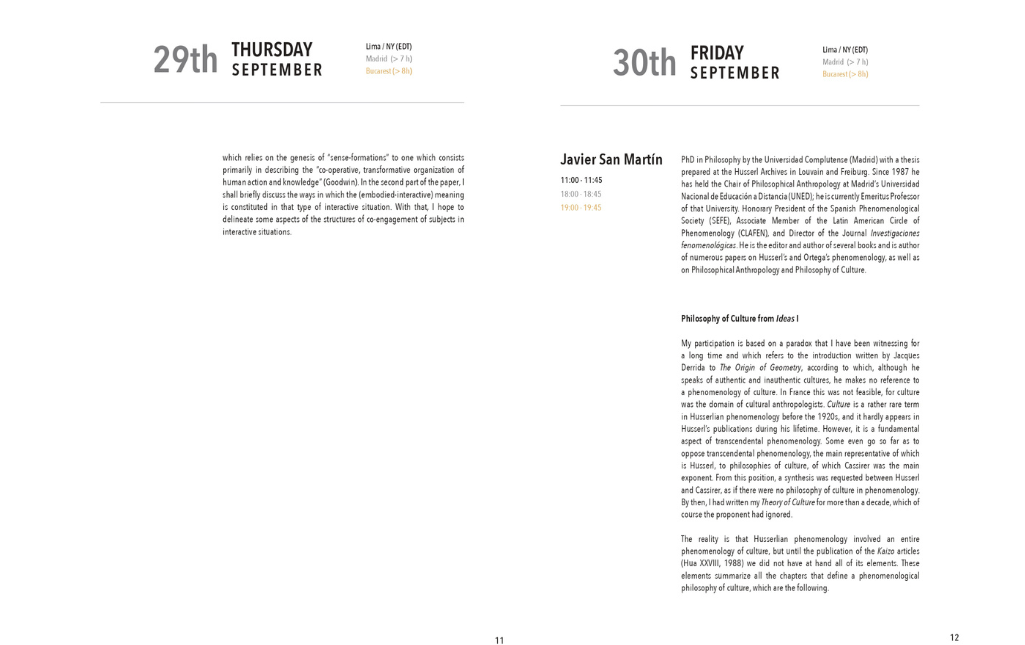 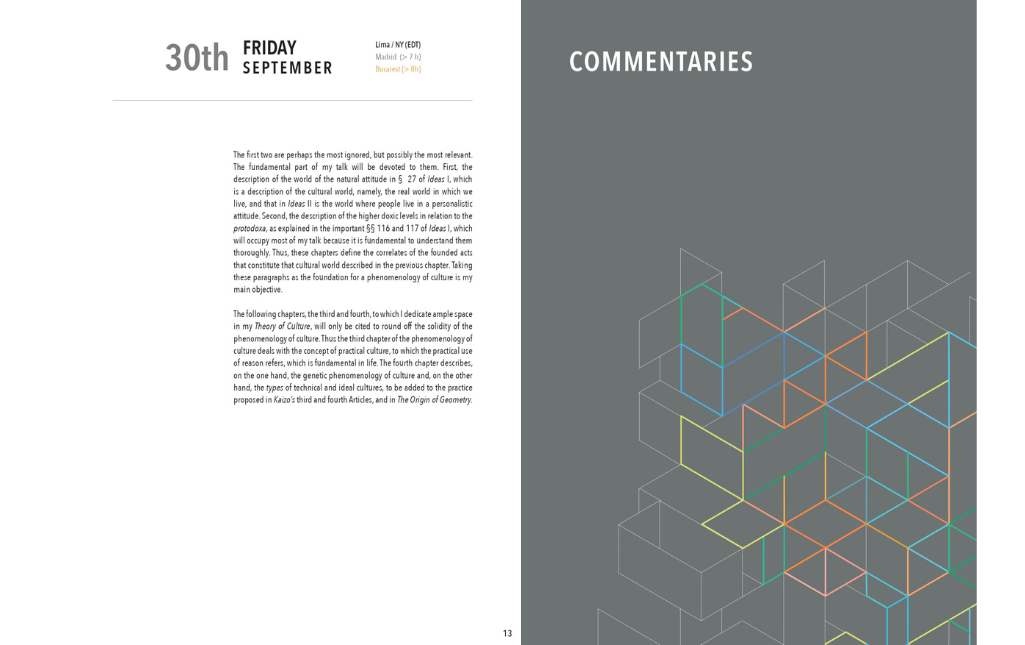 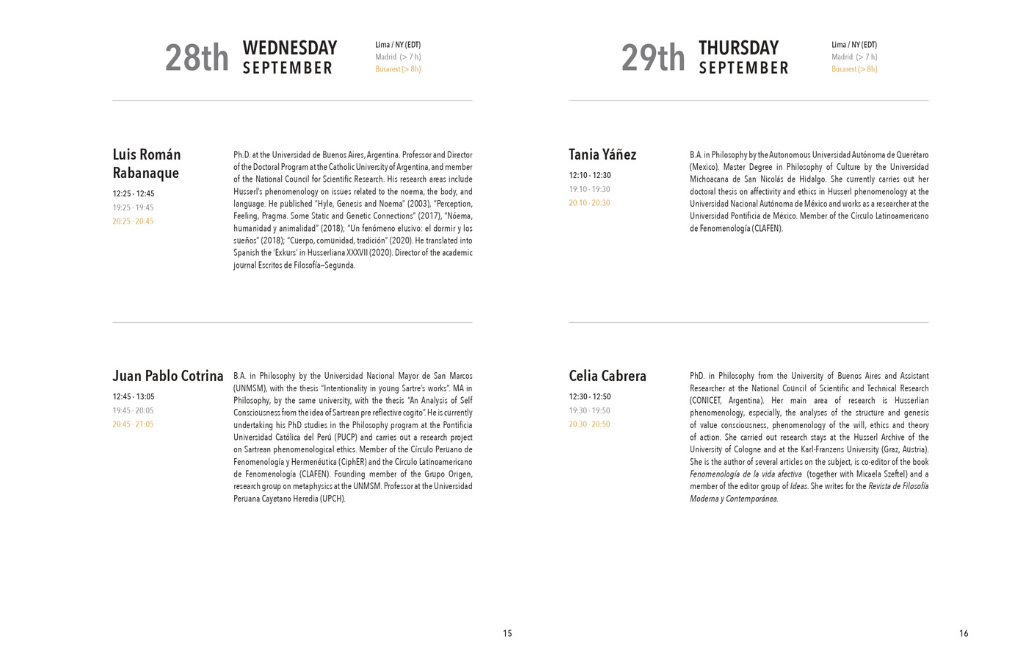